STATUS: OPEN
Information is sought in the double shooting of two males on January 11, 2018 at The Lakes Apartments near Zona Rosa in Kansas City North.  The reward in the case has been increased to a possible $7,800.00 thanks to an additional contribution through a "Go Fund Me" campaign.
As always, TIPS can be submitted 24/7 in one of three ways.

KANSAS CITY, MO --- The Kansas City, Missouri Police Department and the Greater KC Crime Stoppers TIPS Hotline are asking the public for assistance in identifying those responsible for the December 4, 2017 homicide of Zach Pearce near 40th and Walnut in Kansas City, Missouri.

Police said 24-year-old Zachary Pearce was shot and killed near the corner of 40th and Walnut sometime before midnight during an apparent robbery.  The suspect and at least two other people fled in a maroon colored SUV.

Witnesses called police around 11:45 p.m. stating an SUV with at least three people inside, possibly two males and a woman as the driver, was observed.  It was reported that one passenger got out of the SUV with a black handgun and shot the victim who died at the scene. The SUV then took off eastbound down 40th Street and then south on Warwick. Investigators later found items belonging to the victim near 40th and Warwick.  This was Kansas City’s 134th homicide of 2017.

Anyone with information is urged to contact Crime Stoppers Greater Kansas City TIPS Hotline at 816-474-TIPS (8477), TIPS may also be submitted electronically at www.KCcrimestoppers.com, or by downloading our NEW mobile app, P3TIPS, on Google Play or the Apple iOS stores for FREE.  Information leading to an arrest and/or filing of charges could be eligible for up to $25,500.00 in reward money.  ALL INFORMATION IS ANONYMOUS. 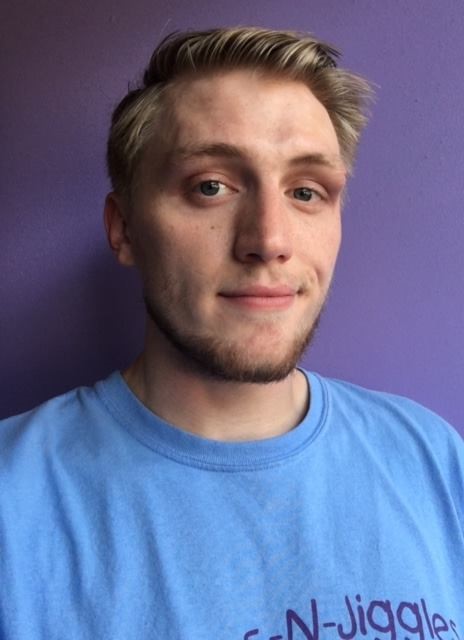 The homicide took place on Sept 4, 2017 in the early morning hours around 12:00am.  Mr. Anderson was found in his wrecked vehicle on 71 Hwy and Meyer Blvd.

It is believed that Mr. Anderson came off the off ramp of 63rd St. heading southbound on 71 Hwy when someone fired several shots into his 2013 black Kia optima.  He lost control of the wheel, the car rolled down a hill hit a large heavy pole then came to rest.  Mr. Anderson had been out with friends on his birthday weekend and had just gotten a new car.

A second passenger in the vehicle with Mr. Anderson was shot in the left arm but survived.  Mr. Anderson died two days before his 28th Birthday. 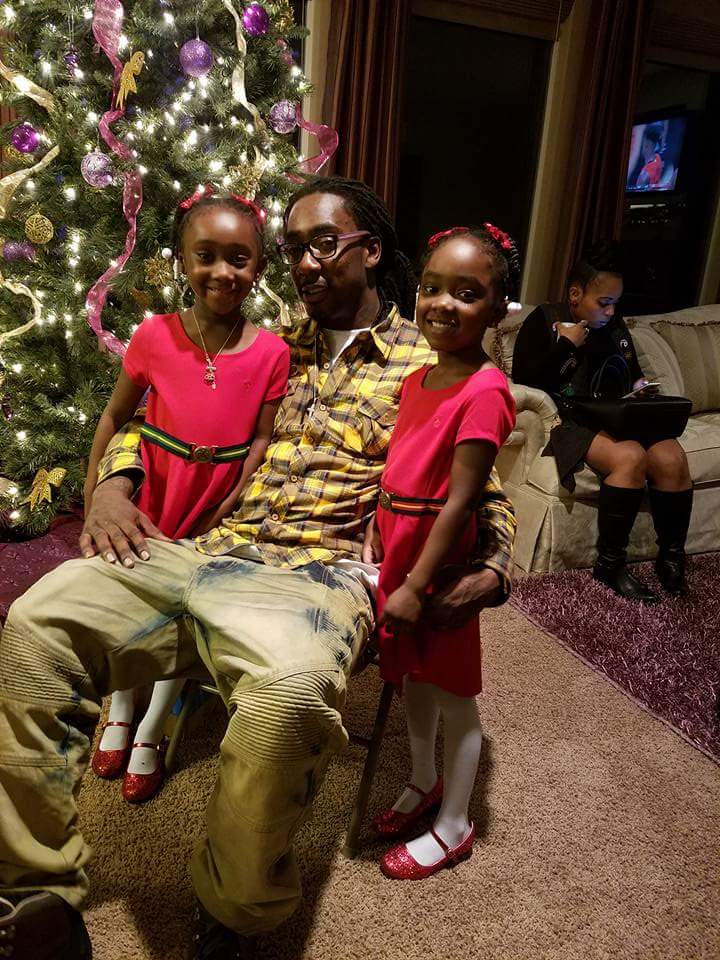 On 5/24/2017 at approximately 1916 hours members of the Kansas City Missouri Police Department were dispatched to the area of 57th and Bales Ave in regard to the sound of gun shots. Upon arrival officers were directed to the rear of a residence where they located the victim suffering from trauma to his body. KCFD EMS responded and confirmed the victim deceased on scene. This is being investigated as a homicide. 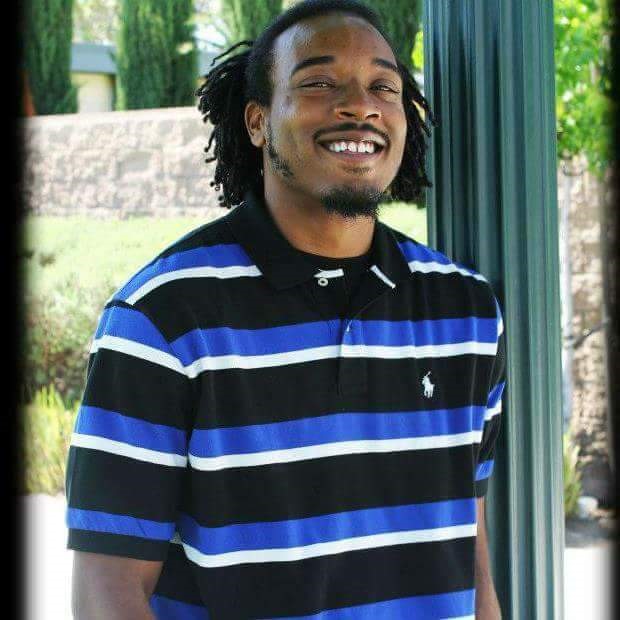 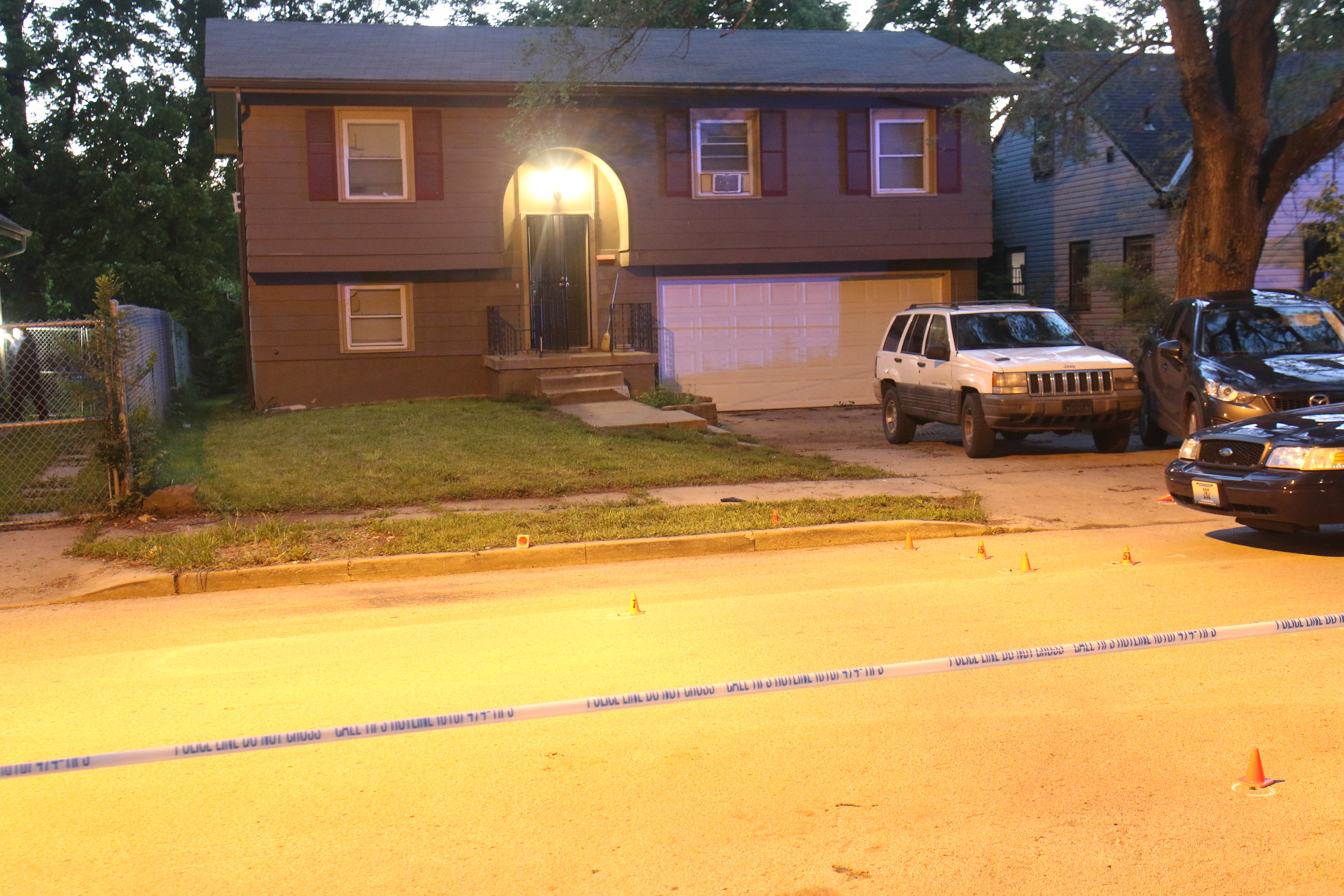 KANSAS CITY, Mo. -- Jim Cavanaugh, a local comic book fixture in Kansas City, was killed Friday as he tried to stop a robbery.

Clint`s Comics is located near 39th and Main Street and recently celebrated its 50th anniversary in Kansas City.  Someone robbed the comic book store a little before 1 p.m. Friday.  Store owner Jim Cavanaugh ran out the back after the thief and confronted the person as they got into their car.  The robber tried to sped speed away and knocked Cavanaugh to the ground causing him to hit his head on the pavement.  Cavanaugh didn’t survive.

Video shows what appears to be a white hatchback speeding away from behind the store near 39th and Main.

Police are still searching for that robber who sped away causing his death.

If you have any information on who that driver could be contact the Greater KC Crime Stoppers TIPS Hotline. 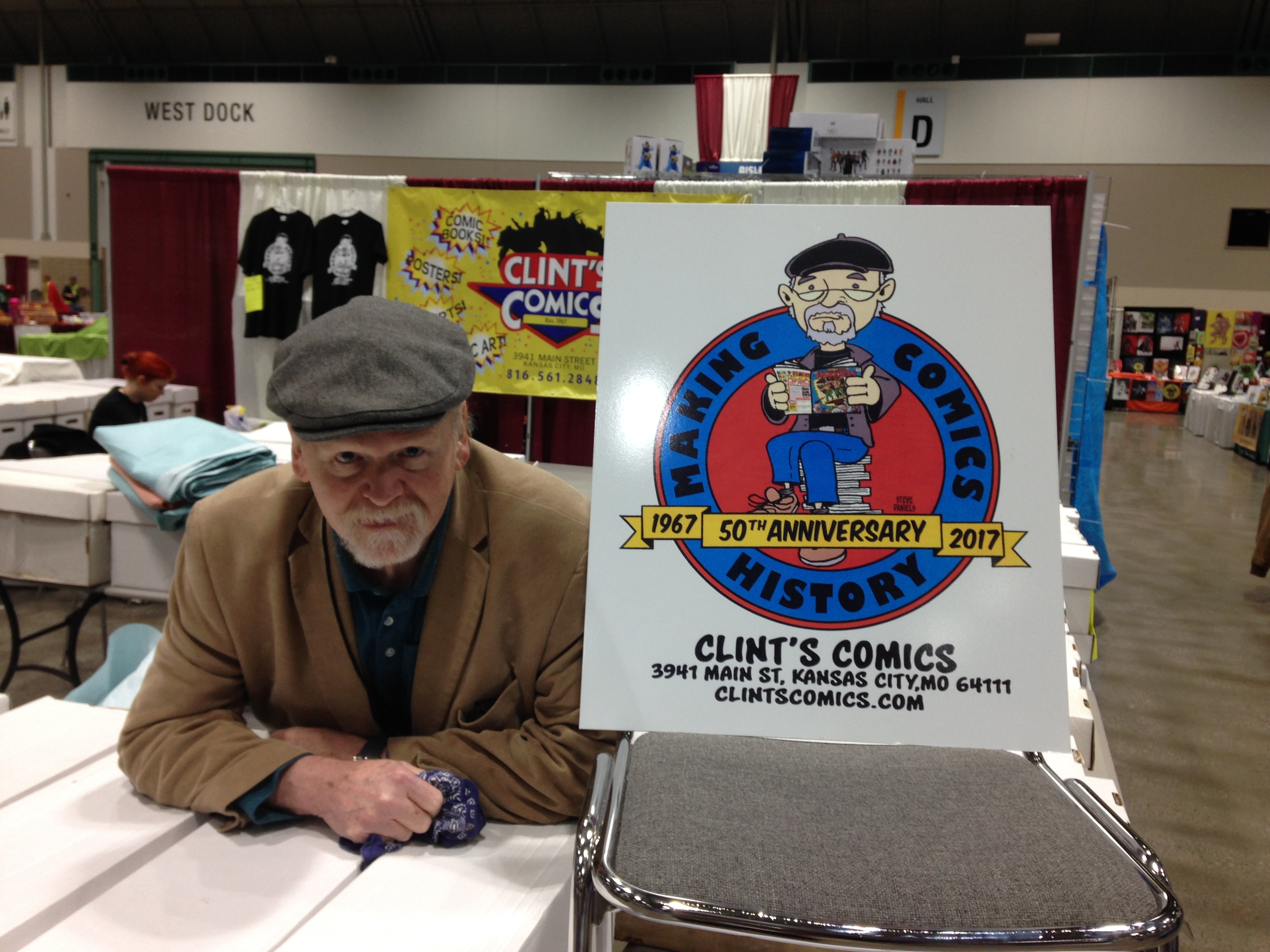 KANSAS CITY, MO --- The Kansas City, Missouri Police Department and the Greater KC Crime Stopper TIPS Hotline are asking for the public’s assistance in identifying those responsible for the February 27, 2017 homicide of David L. Lenox near 99th and Walnut in Kansans City, Missouri.

Anyone with information is urged to contact Crime Stoppers Greater Kansas City TIPS Hotline at 816-474-TIPS (8477), TIPS may also be submitted electronically at www.KCcrimestoppers.com, or by downloading our NEW mobile app, P3TIPS, on Google Play or the Apple iOS stores for FREE.  Information leading to an arrest and/or filing of charges could be eligible for up to $12,000.00 in reward money.  ALL INFORMATION IS ANONYMOUS.

Police said they were searching for Minton’s maroon 2005 Buick LeSabre with a MO license plate. Police believe it was taken in conjunction with the homicide.

Anyone with information is urged to contact Crime Stoppers Greater Kansas City TIPS Hotline at 816-474-TIPS (8477), TIPS may also be submitted electronically at www.KCcrimestoppers.com, or by downloading our NEW mobile app, P3TIPS, on Google Play or the Apple iOS stores for FREE.  Information leading to an arrest and/or filing of charges could be eligible for up to $2,000.00 in reward money.  ALL INFORMATION IS ANONYMOUS. 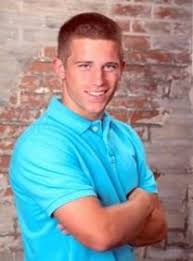 KCPD Officers responded to a shots fired call on June 28, 2016 at about 10:15 p.m. near Independence Avenue and Van Brunt Boulevard locating a man in his 20's dead from apparent gunshot wounds in a vehicle.

He has been identified as Anthony Martinez, 30, of Kansas City.

A passenger, a female in her 20s, had similar wounds and was taken to a hospital in stable condition.

Anthony was Kansas City’s 50th homicide of 2016.  Investigators think occupants of two vehicles were shooting at each other. They do not have suspects at this time.

Anyone with information is encouraged to call the TIPS Hotline at 816-474-8477.  Up to a $25,000.00 cash reward is available for anonymous information to Crime Stoppers leading to an arrest or filing of felony charges. 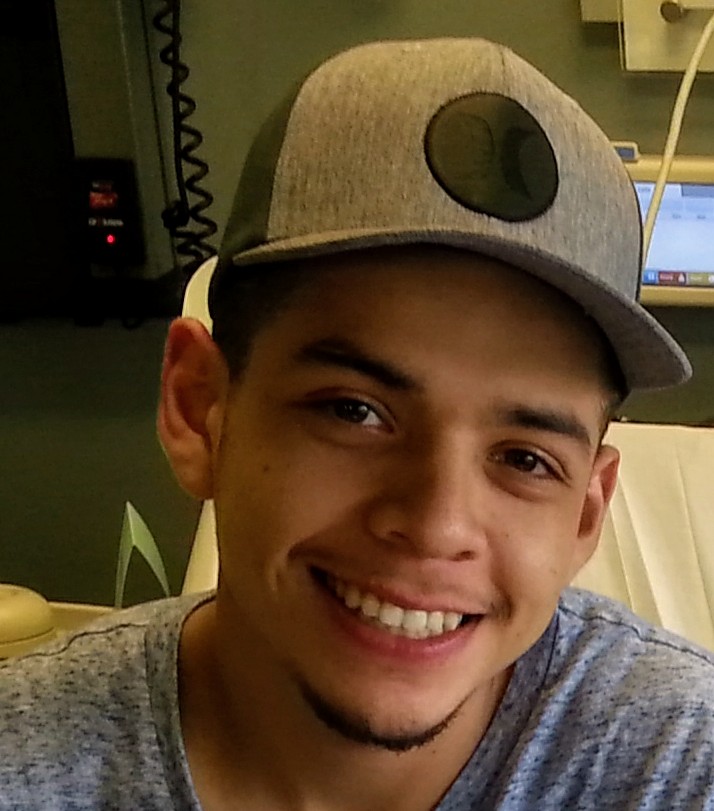 BNSF needs your help identifying a suspect in the Kansas City metropolitan area.

At about 11 p.m. on Saturday, Dec. 19, an unknown person fired about 10 rounds from a 9mm pistol into BNSF’s Argentine Yard in Kansas City, Kan. from the 42nd Street bridge.

One of the bullets ricocheted and went through the grill of a Kubota vehicle and into the cab. A BNSF employee was struck in the leg, either by the bullet or a fragment from the vehicle. He started bleeding but was not seriously injured and didn’t realize it was caused by gunfire. Another bullet entered the vehicle’s rear passenger side tire.

At 6 a.m. the next morning, mechanics found a bullet in the vehicle’s cab and noticed bullet holes in the tractor. BNSF Police special agents found 10 casings on the bridge.

This incident could have been much worse and BNSF is thankful its employee wasn’t hurt more seriously. It’s important that the shooter be identified. BNSF is offering a $5,000 reward for information leading to an arrest in this case.

Officers were dispatched to 610 Elmwood on an ambulance en route. Upon arrival the officers located the victim in a vehicle in front of the dispatched address. The victim sustained multiple gunshot wounds. Witnesses advised the suspect were observed walking away from the scene.

Nicholas was 32 years old at the time of his death.  Up to a $25,000 reward is available for anonymous information submitted through Crime Stoppers leading to arrest or filing of felony charges. 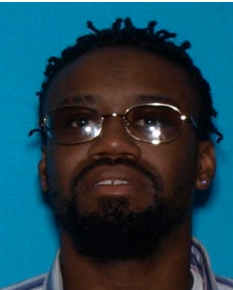